Loads of pressurized gasoline and propane gas are blown-up around the base of "the man" at the end of the Burning Man Festival. They use a controlled BLEVE (Boiling Liquid Expanding Vapor Explosion).

Can't we burn that "man" thing without blowing up that much fossil fuel? This is not environmentally friendly at all. It's just a big orchestrated pyrotechnic show like those you see at Disney World or Hollywood. We don't need that. Am I the only one to feel that way?

By the way, I was in the crowd with everyone else when I took this photo, I did not have an "Inner Circle Pass" this year. Camera was handheld, no tripod.

Comments:
(no comments)
Selected album:
Photo album:
The Burning of the Man (at Burning Man) 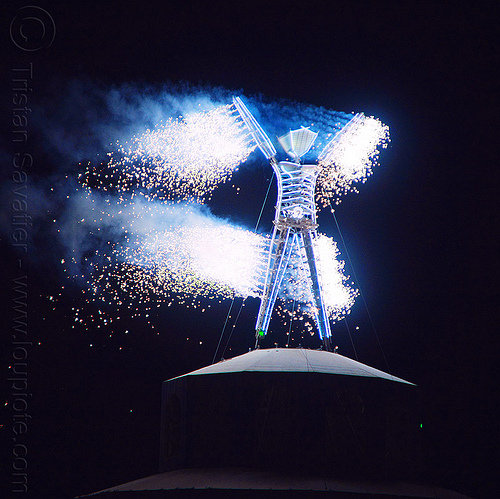 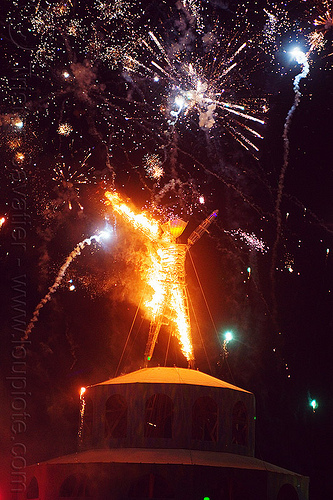 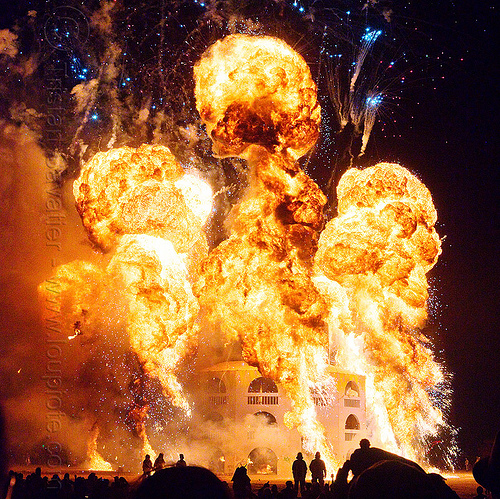 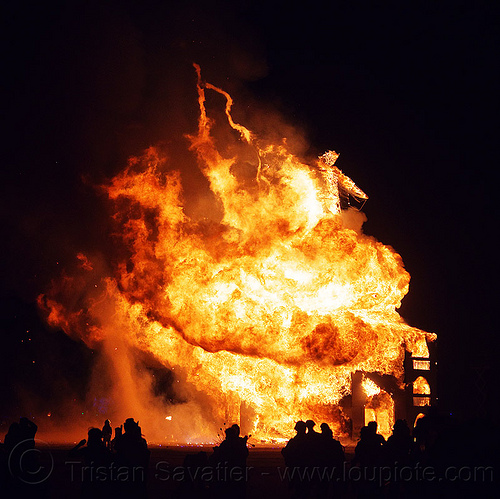 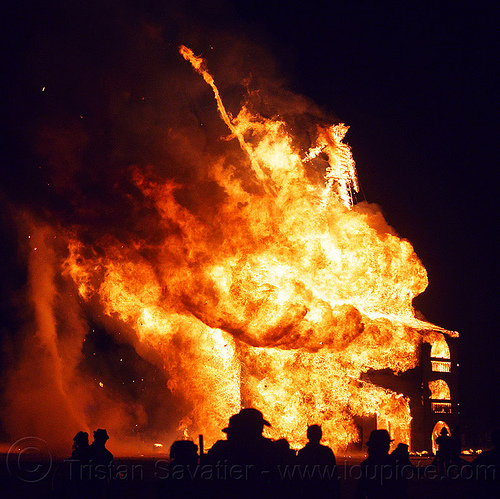 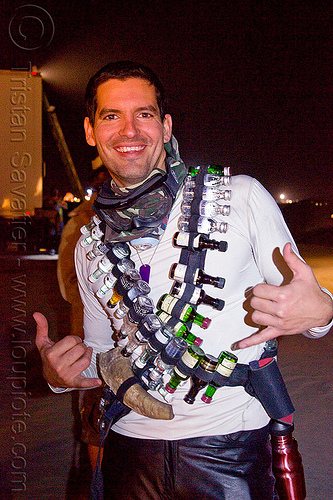 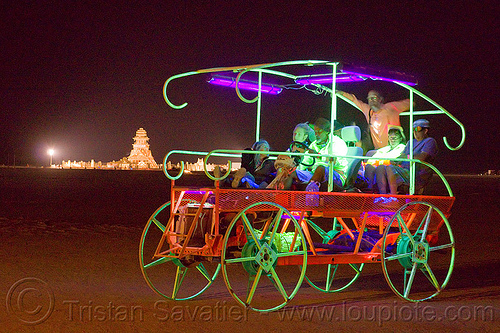 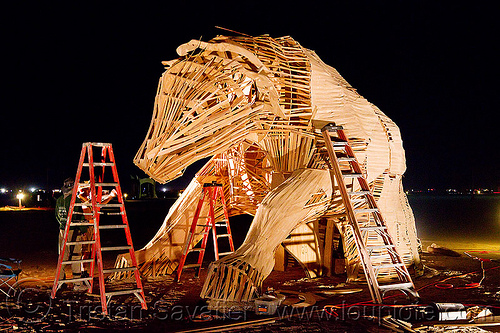 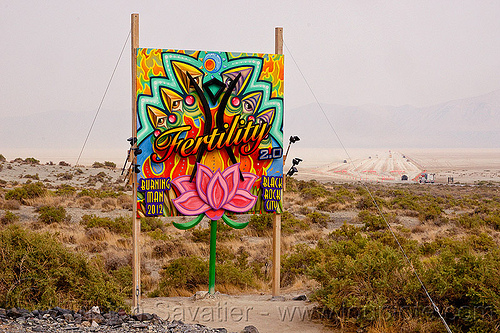 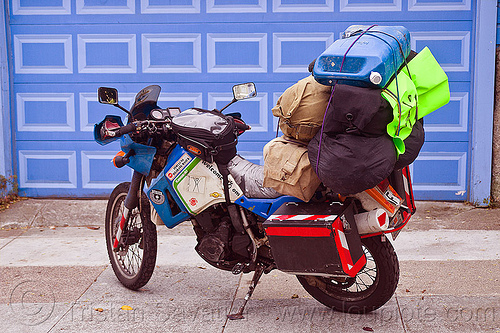