From Wikipedia: In Sanatan Dharma (Hinduism), the deep saffron color is associated with sacrifice, religious abstinence, quest for light and salvation. Saffron or "Bhagwa" is the most sacred color for the Hindus and is often worn by Sanyasis who have left their home in search of the ultimate truth.

Hundreds of thousands of Sadhus, Babas, Hindu devotees and pilgrims converge to the Pashupatinath Temple in Kathmandu during the Shivaratri festival ('Great Night of Shiva'), to pray Lord Shiva.

For more information and to see other photos of the Shivaratri festival and the Pashupatinath Temple, read the album description. 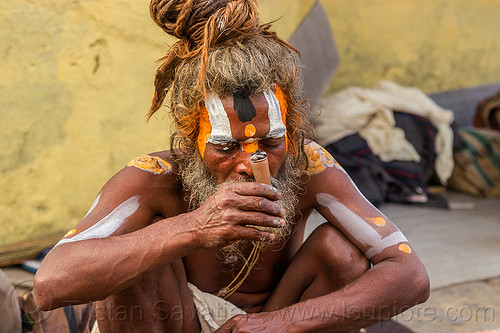 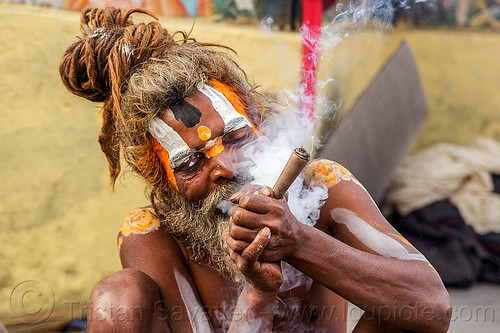 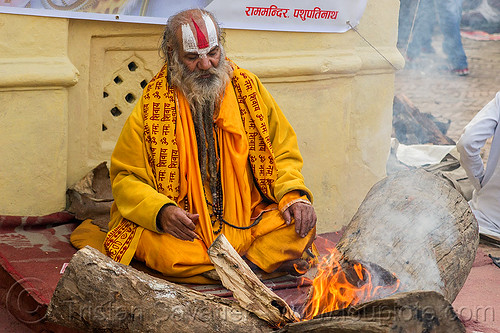 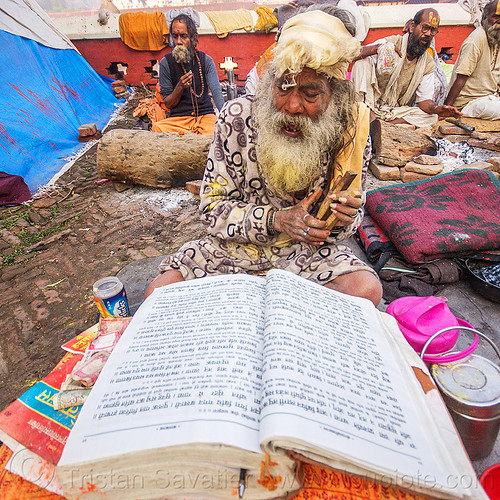 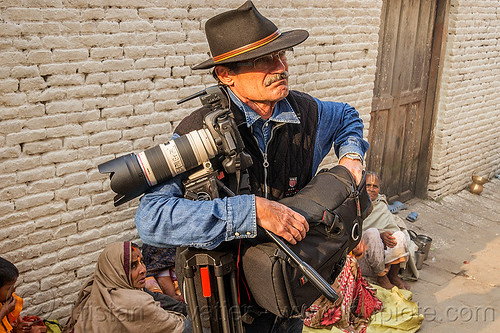 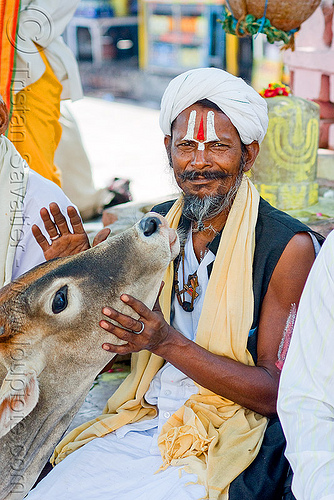 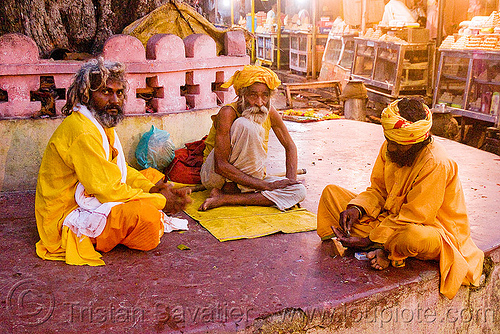 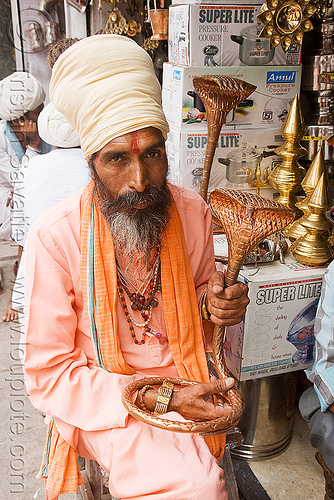 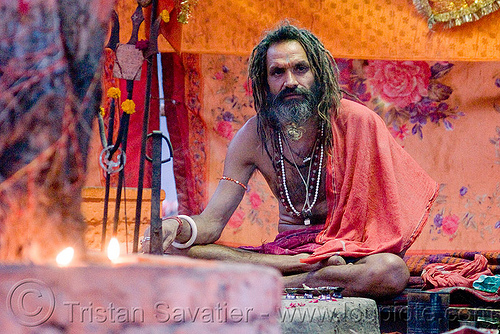 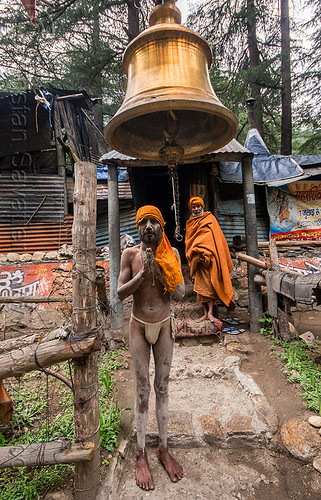 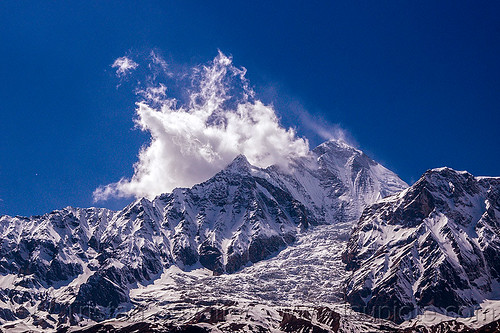 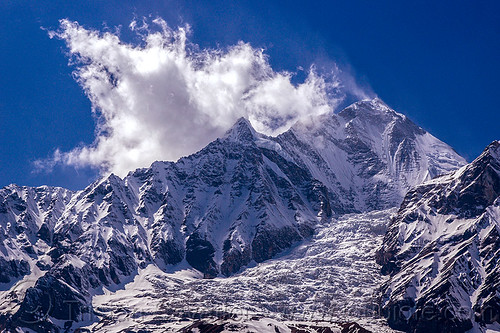 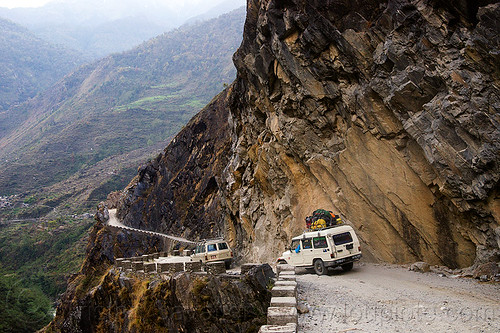 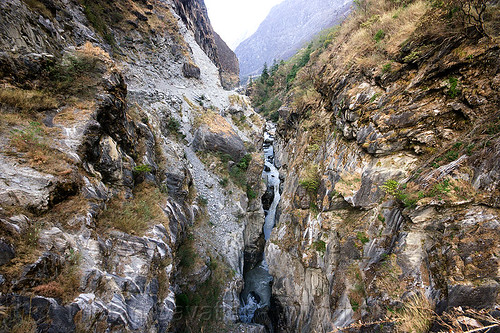 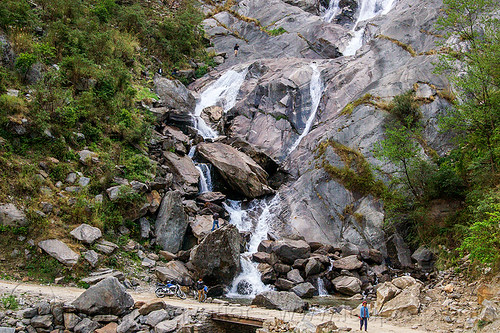