In Central Flores, traditional villages are in the shape of a circle of wooden houses facing a central plaza. The village plaza is a cemetery, with graves and special structures built for the spirits. The miniature houses are for the female spirits, and the straw umbrellas are for the male spirits. Ancient graves are marked by megalith (large pointy stones planted in the ground).

On this photo, you can see ancient memorial stones or graves.

This one is quite large, maybe used for an extended family, or for someone important like a village chief. No-one knows, and the ancient stones are unmarked (maybe dating from a time where indigenous people could not write). It may also be a Megalithic Cenotaph (memorial monument), rather than actual graves.

This village is still maintained by its inhabitants (mostly elderly people). Some other traditional villages in the area are now deserted and kept just for tourists, when their inhabitants moved to more comfortable "modern" concrete houses with a satellite TV dish. 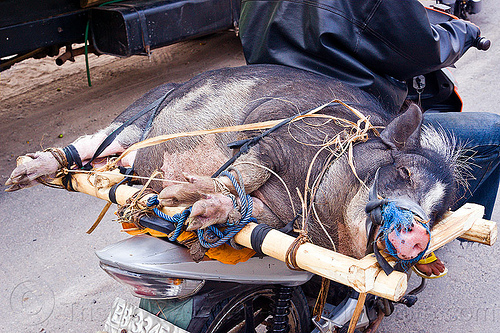 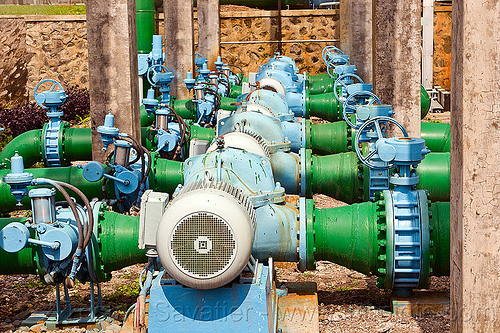 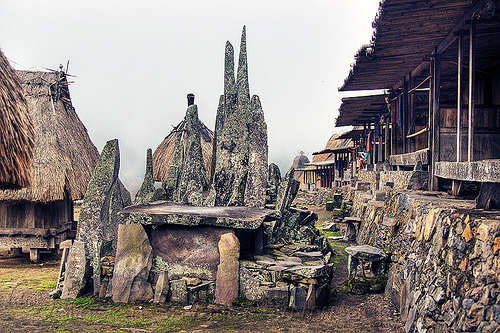 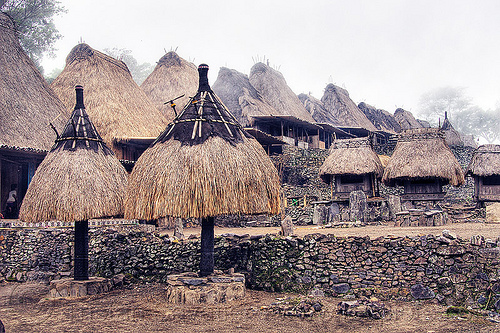 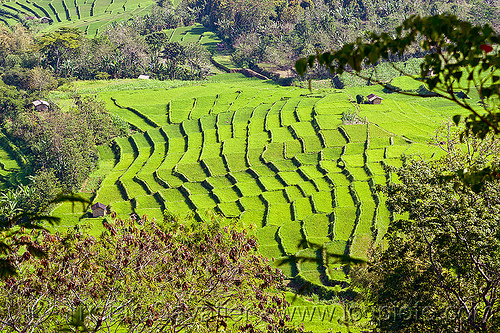