Boatman moving bloated cadaver floating on the Ganges river near the Ghats of Varanasi (India). 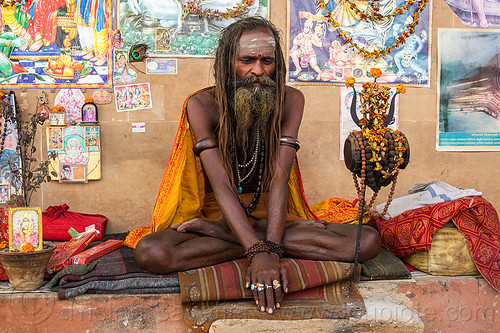 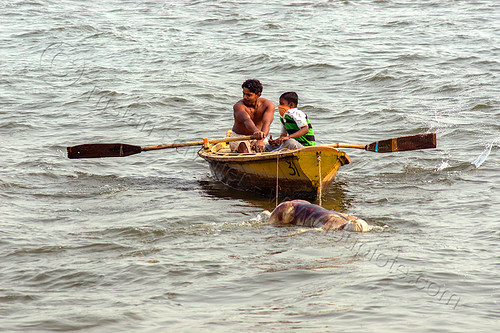 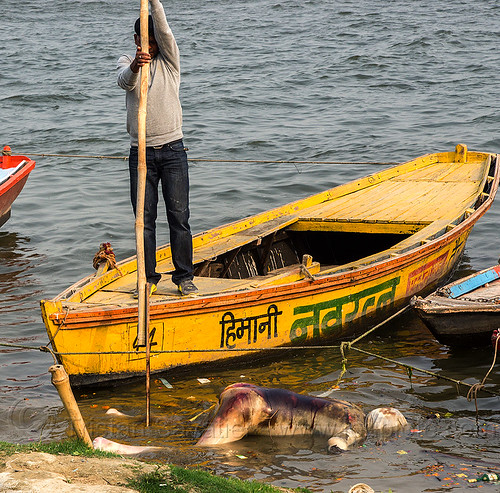 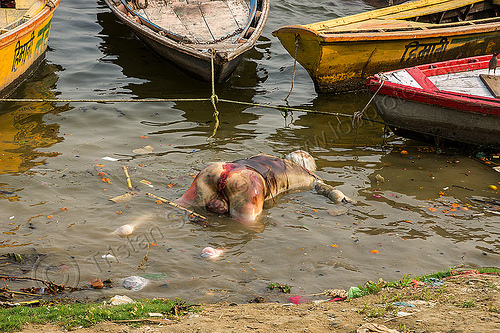 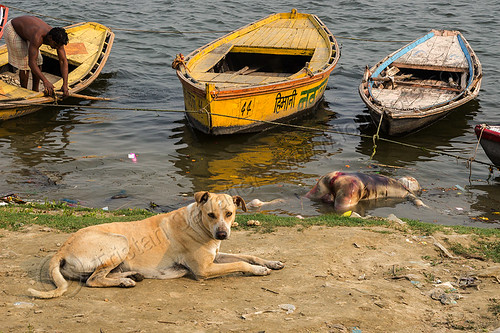