For more info, go to mantisentertainment.com/projects/scorpion/

The Scorpion is a 55 feet long, 40 feet wide, 38 feet tall exact replica of a female emperor scorpion named Fluffy. The Scorpion boasts a computer controlled 7 gun flame thrower off the tail, 20 hydraulic points which make the arms legs, tail, and claws all move in a sinister spider manner including hydraulics which make the entire truck lift off the ground to produce the most eerie of effects.

The giant scorpion art car was one of the mightiest thing on the playa this year. 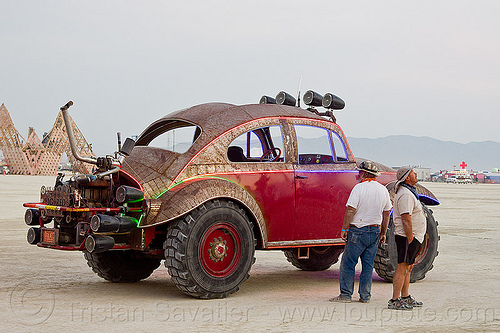 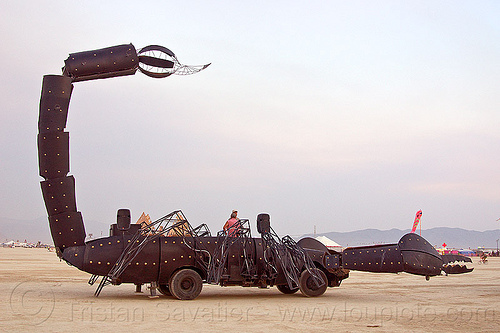 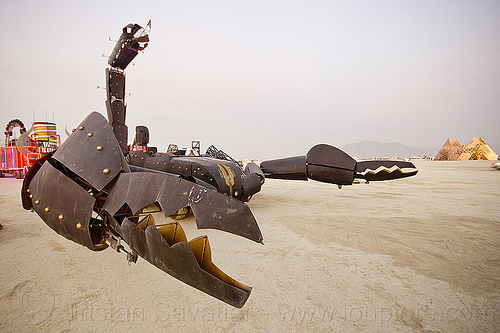 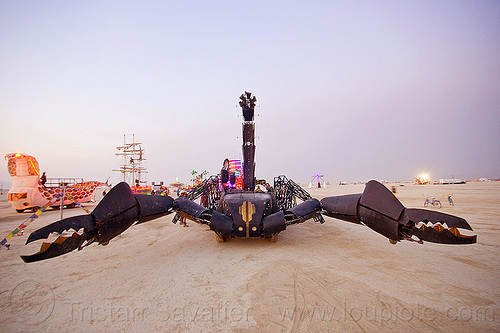 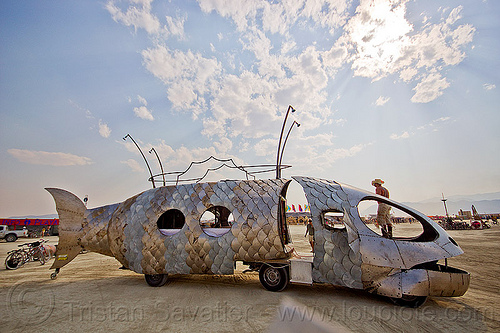 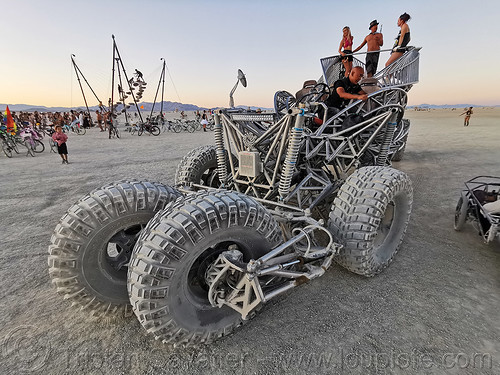 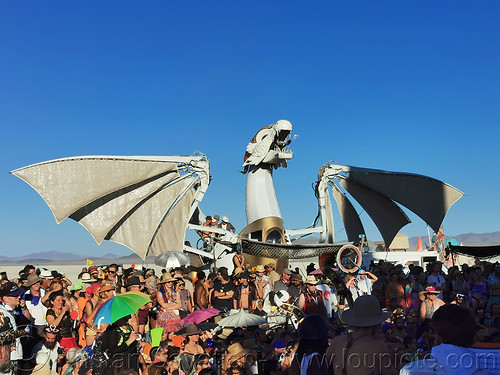 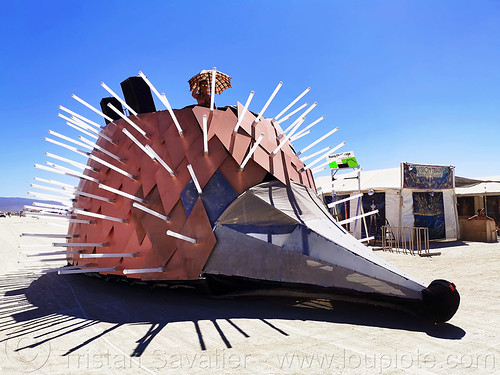 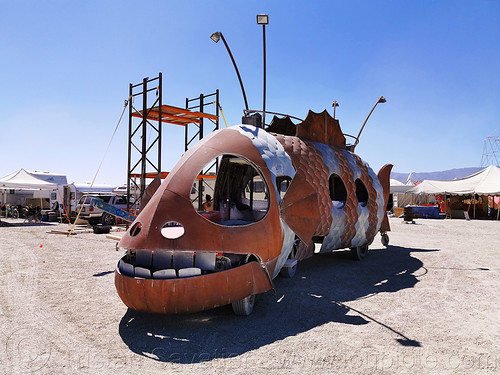 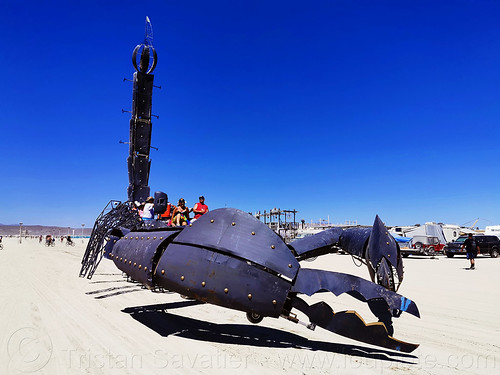