Before eating the dog: Cleaning the intestine to make sausages. Or should we say, "hot dogs". 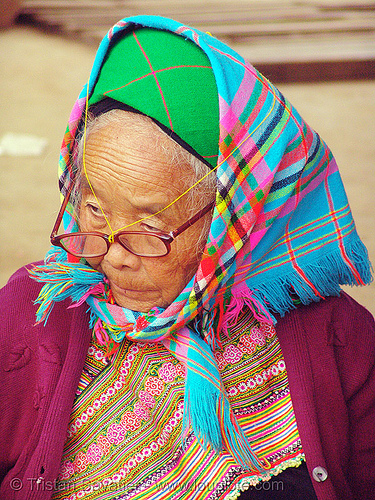 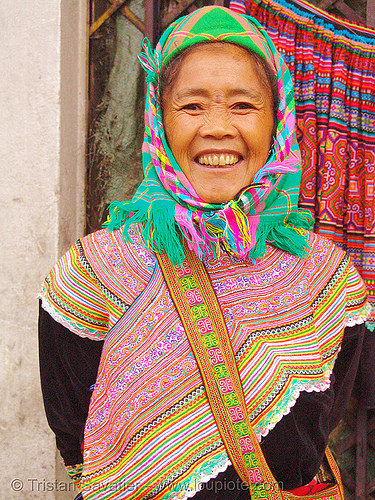 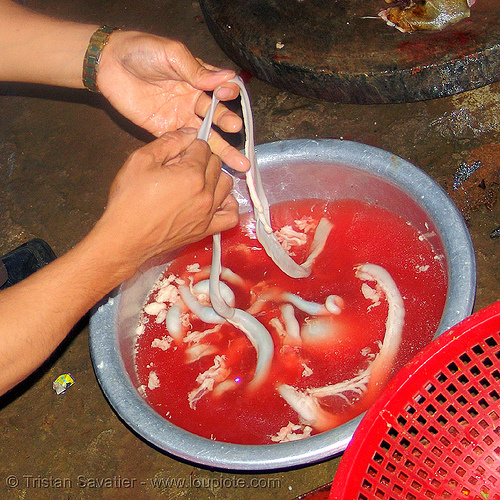 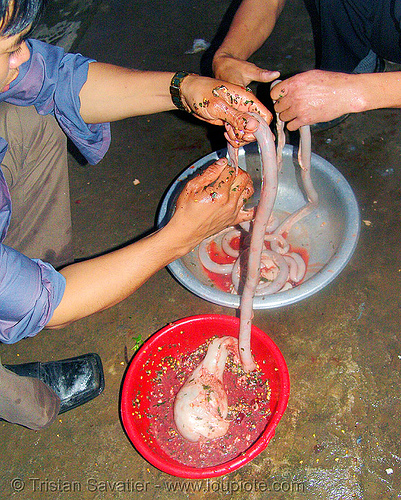 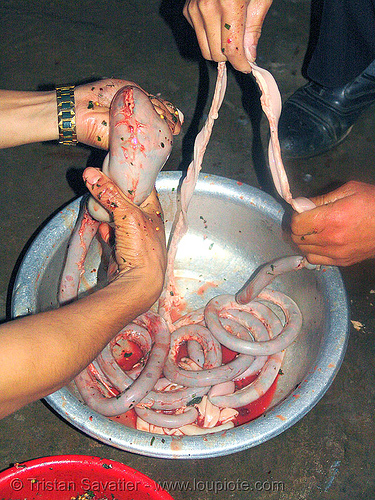