Family of Hindu Devotees Praying in a Circle (India)

Family of Hindu Devotees Praying in a Circle (India)

Hindu family sitting in circle on the straw-covered river bank, praying and performing a Hindu ceremony, before taking the holy bath in the Ganges River.

Hundreds of thousand Hindu pilgrims are gathering before dawn on the bank of the Ganges river, near the Sangam, during the Kumbh Mela 2013 festival near Allahabad (India)

This was the early morning of January 27 (a full-moon night, called Paush Purnima), one of the most auspicious mornings for taking the holy bath. The yellowish color is caused by the dim sodium-vapor street lights. 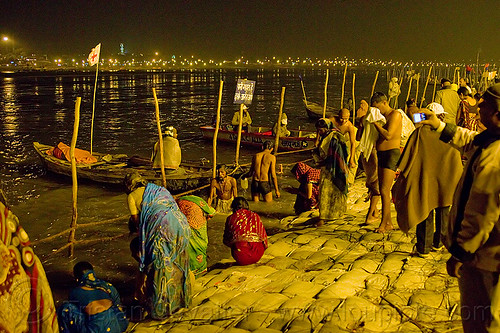 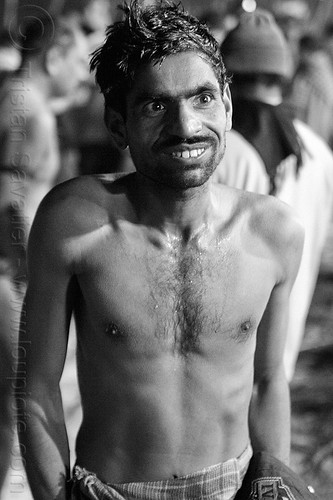 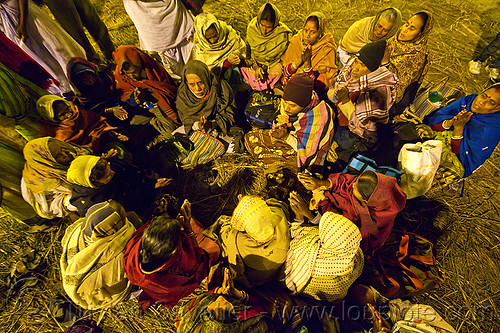 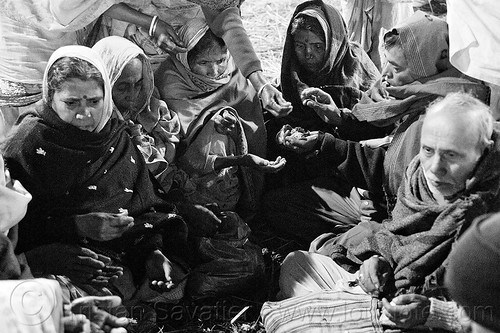 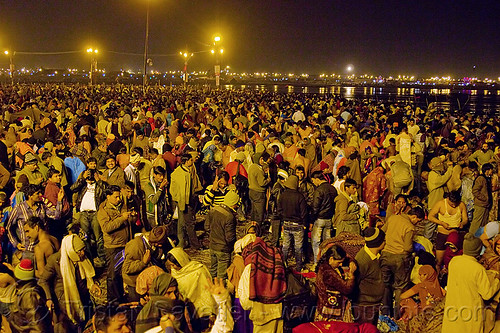