Hindu pilgrims bathing before dawn in the Ganges river, at the Sangam, during the Kumbh Mela 2013 festival near Allahabad (India)

The wooden poles in the water are a safety fence, as most of the Hindu pilgrims can't swim! There are also small river boats patrolling the fence for safety, in case a pilgrim would accidentally get swept away by the river current.

Many pilgrims carry a plastic bottle that they fill-up with holy water from the Ganges river.

This was the early morning of January 27 (a full-moon night, called Paush Purnima), one of the most auspicious mornings for taking the holy bath. 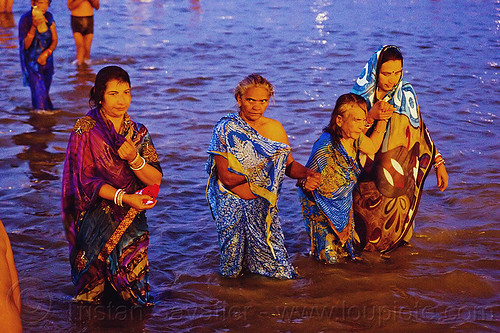 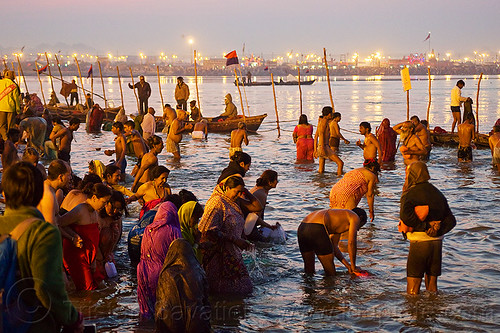 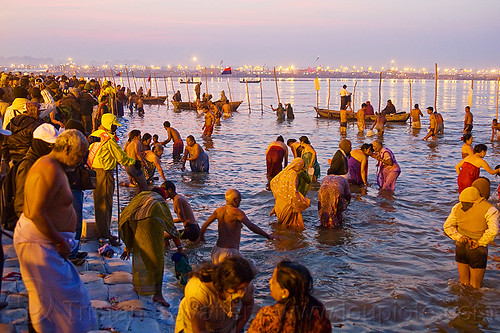 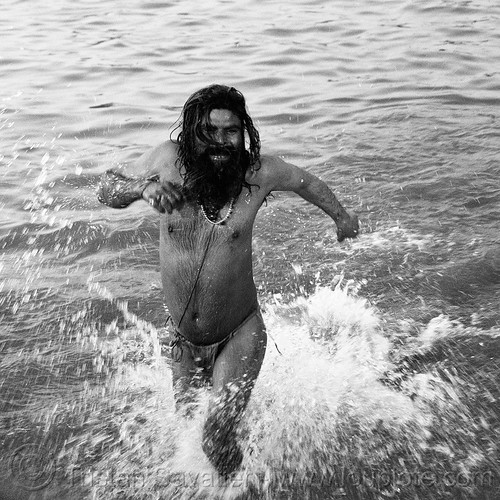 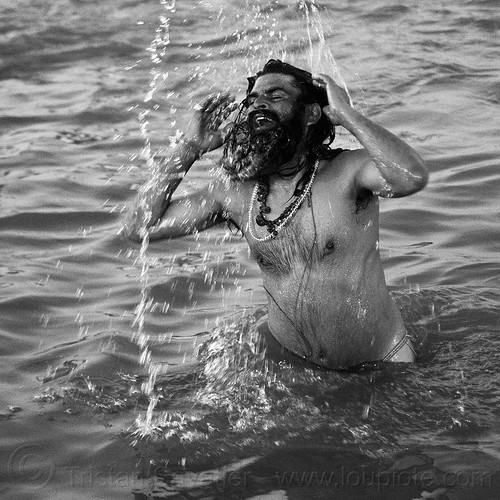