This is one of the 18 temporary pontoon bridges (i.e. floating bridges) installed during the Kumbh Mela 2013 festival near Allahabad (India).

This pontoon bridge is over the Ganges (Ganga) river. Those floating bridges are built on top of large empty metal tanks, and are anchored to the river bottom with ropes on the upstream side of the bridge. Those bridges can support trucks up to 10 Tons, but to be safe, the maximum weight was set to 5 Tons. Those bridges are mostly used for pedestrian traffic. During high affluence periods when large crowds are crossing the floating bridges, bridges are one-way, with alternating direction for each other bridge. This rule was taken after a stampede in a previous year caused the bridge railing to fail and many people to fall in the river and drawn (most of the Hindu pilgrims cannot swim!).

The water was very low in the Ganges river at the time, so in fact this bridge was not floating, but just sitting on the sandy bottom of the shallow river. 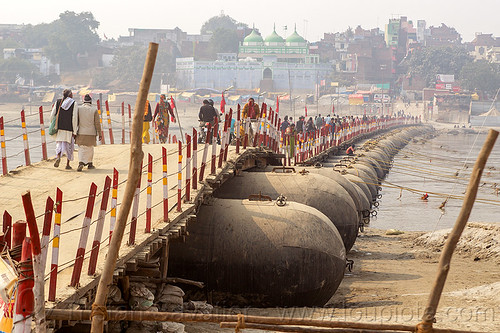 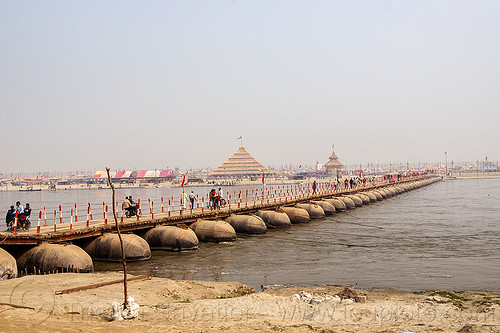 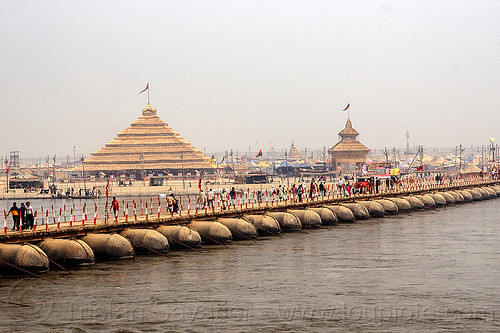 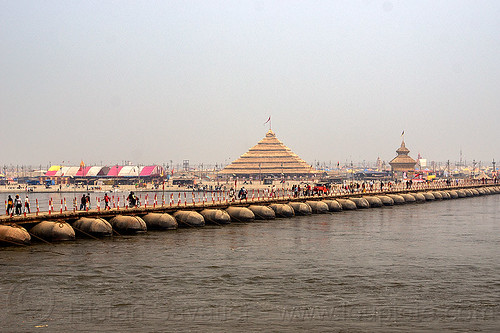 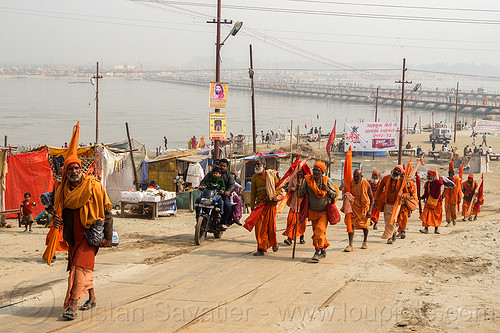 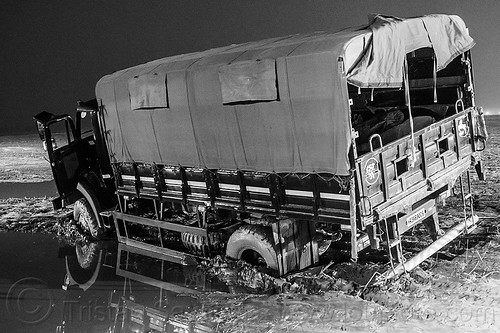 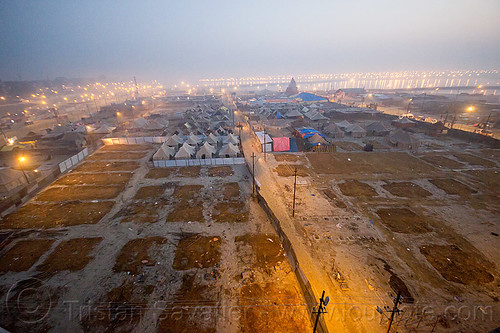 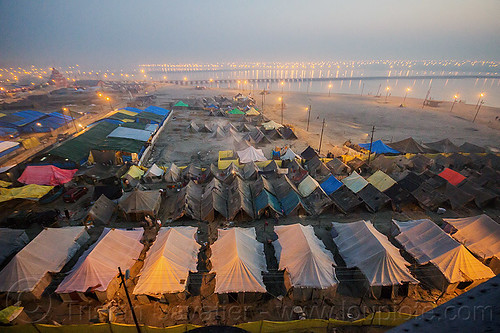 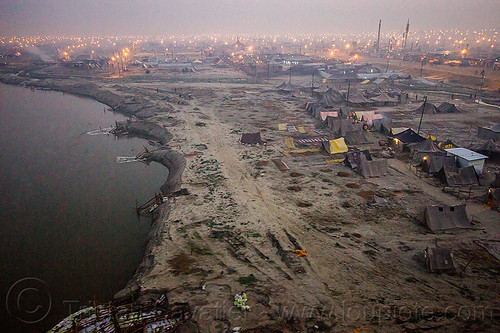 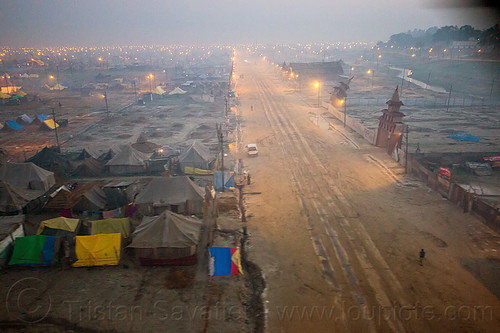